Out of the Box: my charismatic, ecumenical experience (my story part 2)

Life is like playing a violin solo in public and learning the instrument as one goes on. – Samuel Butler

In the 1960s, when our youth group leaders moved to Tulsa, Oklahoma, and then to Houston, Texas, they began to experience what they considered to be a new level of relationship with God.  They had come to believe that the Holy Spirit is personally present in all Christians, and that he continues to give all the gifts of power for ministry that he gave to people in the Bible.   I was impressed by their reports of miraculous answers to prayer as well as by the consistency of their teachings with what I read in the Bible.   They taught that the Holy Spirit living in Christians enabled direct communication with God, and I found that kind of direct interaction with God described throughout the Bible.

Our leaders introduced us to the teachings of well-known charismatic leaders, including those of Derek Prince on the baptism of the Holy Spirit and deliverance, and those of Malcolm Smith on the Blood Covenant.   I found these sermon series fascinating and convincing.   I asked my friends to lay hands on me and pray for me to be baptized in the Holy Spirit.  I also began to read books by a variety of Christian authors.  Some that had a powerful effect on me were:

Rosalind Rinker, Prayer - Conversing With God
David Wilkerson, The Cross and the Switchblade
Dietrich Bonhoeffer, The Cost of Discipleship
C.S. Lewis, Mere Christianity, The Screwtape Letters, and others
Francis Schaeffer, The God Who Is There

I also enjoyed and was influenced by the fiction of Madeleine L'Engle, C.S. Lewis, and J.R.R Tolkien.  I read The Lord of the Rings several times, as did many of my friends.   I found it to be not only a masterpiece of fiction, but a rich parable of the ongoing spiritual battle between the forces of good and evil.

After reading Rinker's little book, I began to talk with God anywhere and everywhere, using my own conversational language rather than the formal, King James English which I had been taught to use in prayer.  I began to listen for the Holy Spirit to speak to me in whatever way he wanted to use—whether scripture, teachings by other believers, or thoughts in my own mind, and I sought his guidance through circumstances and visions as well as though these forms of verbal communication.

I found that I could not only hear what God was saying, but could sometimes tell other people what I heard, and they generally recognized it as prophecy.   I was very familiar with the Bible, and my favorite form of prophecy was to read a passage that expressed what I felt God was saying at the moment.

Christianity became something real and relevant to my life when it broke out of the routine church services I had grown up with.  "Going to church" took on a new meaning, because often it meant going to the home of friends on Saturday night and sitting on the floor for hours of Bible study, singing and prayer.  More significantly, I realized that my whole life belonged to God, and I wanted everything I did to be an act of honor and worship to him. 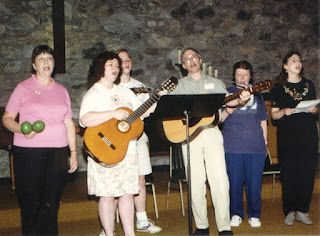 As a charismatic Christian, I discovered that worship could be a very enjoyable activity.  The folk and (later) rock styles of music were much more appealing than the country style I had grown up with, and even the old hymns took on a new excitement when sung in the enthusiasm of the knowledge that God was present, enjoying the music with us and taking pleasure in our praises.  For the years we lived in New Jersey, Jeanne and I hosted a number of music parties, with musician friends sitting around our living room, playing one worship song after another for several hours.

I took advantage of my freedom from denominational barriers by exploring a variety of worship styles.  At different times in my life, I have been a member of eleven churches of these denominations:

I have attended these kinds of churches regularly for periods of several months:

I have also participated in Tres Dias weekends and have visited these kinds of churches: 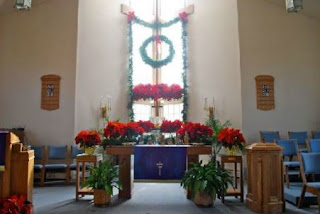 As a result of the charismatic teaching I received, my view of inspiration in general and the Bible in particular changed dramatically.  I saw no reason to believe that the writings contained in the Bible were inspired to a greater degree than those of Christians today.  As I read the Bible, I noticed that what it had to say about itself was that it was "useful" (2 Timothy 3:16), not that it was inerrant.   I felt that the term "Word of God" should be used to refer to Jesus, rather than the Bible, because that is how the Bible most often uses that phrase.  Although this seemed obvious to me when I read the Bible, this idea seemed totally foreign to most of the Christians I knew.  I felt frustrated by this and wondered why God left so many people ignorant of this truth that had been so meaningful to me.

This series of posts tells the story of how I went free of religion:
Part 1  God in a Box:  my fundamentalist Christian youth
Part 2  Out of the Box:  my charismatic, ecumenical experience
Part 3  On the Edge:  my own version of Christianity
Part 4  Going Free:  my acceptance of responsibility
Part 5  On the Outside:  my personal, non-Christian relationship with God
Part 6  In the Real World:  my naturalistic world view
Posted by Joel at 1:13 PM

Email ThisBlogThis!Share to TwitterShare to FacebookShare to Pinterest
Labels: churches, my story, religion