I have to live my own life

I am responsible for myself, and not for anyone else. I have to make my own decisions and accept the consequences of those decisions, but I don't punish myself when I make mistakes.

I have free will. My authority over myself is not dependent on what anyone else says or does, or on any other aspect of my circumstances. Nobody else lives inside my body, experiencing what I experience. I have to live my life the best I can with my own limited understanding. I can't depend on someone else to know what my best interests are, and nobody else could make my decisions for me even if I wanted them to, so I am the final authority for myself. 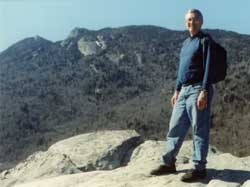 The fact that my understanding of reality is inaccurate doesn't mean I can legitimately base my actions on something I believe to be false—even if everyone else says it's true. If I did that, I would be forfeiting my life—giving up my own thoughts in favor of someone else's and living as an extension of them rather than as myself. Some cultures value this kind of self-effacement, but I don't. It seems to me that doing so deprives the world of my unique contribution to its store of experience.

My responsibility extends only to the boundaries of what I can control, which is myself. I can try to affect my environment, and I often can exert considerable influence over it, but I usually can't control it as completely as I'd like.

In particular, I can't control other people, and if I tried to do so, I would be attempting to usurp their responsibility for themselves. I now consider respect to be a fundamental aspect of love. Jesus told people to treat others the way they would want to be treated, and I still think that's the best way to get along. I don't want other people to try to control my life, so I want to respectfully allow them the freedom to live as they want as well.

Since people and other aspects of my environment aren't under my control, I have to base my decisions on my predictions of the effects of possible actions. I'm now more careful about making major decisions because I can't expect God to rescue me from my failures. I take more initiative to do things I want done, rather than waiting for God to do them for me. I more carefully consider the long-term effects of my actions because I no longer expect Jesus to come back and make everything right.

I used to spend hours berating myself after making a particularly poor decision. I no longer regard myself as flawed for having made a mistake, so I see wallowing in guilt as a waste of time. I constantly re-evaluate my decisions based on their outcomes, and when I conclude that a decision was not a good one, I think about it enough to try to avoid making the same mistake again, but I don't dwell on it because I know I can't undo it. I see no benefit in punishing myself beyond accepting the consequences of my actions and doing what I can to ameliorate the situation.
Posted by Joel at 9:05 AM